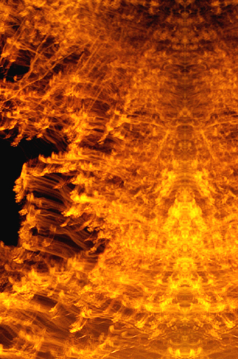 How to watch the online concert

You can watch the performance from 7.30pm on Thursday 22 April and it will be available to watch as many times as you like for the following 30 days. Your access details will be sent to you 24 hours before the performance starts, with full details of how to watch the concert.

Academy of St Martin in the Fields

‘Remember me, but ah! Forget my fate' sings Dido at the end of Purcell’s opera. But life isn’t quite as easy as that, and some memories have a destiny of their own. Set several years after the Carthaginian queen’s death, Dido’s Ghost finds Dido’s sister Anna abandoned on the shores of Aeneas’s new kingdom, igniting a murderous jealously in Aeneas’s wife Lavinia – and as events play out, its characters confront a past that refuses to fade.

Errollyn Wallen’s new opera, based on a tale by Roman poet Ovid, embraces and complements Purcell’s original, which is performed in its entirety as the centrepiece of a drama that is both old and new. Performed by the period instruments of the Dunedin Consort, past blurs into present and memory becomes emotion in this ambitious and poignant new commission.
Barbican
Silk Street, London
London EC2Y 8DS
England
www.barbican.org.uk/whats-on/2021/event/errollyn-wallen-didos-ghost
020 7638 8891